More than ever before, Pennsylvania drivers are being cited for texting, emailing, and wearing headphones while behind the wheel.

The top 10 counties for distracted driving are:

In further attempts to curb distracted driving, two new bills are currently in the House Transportation Committee for consideration. House Bill 1684 seeks to set guidelines on license points for those convicted of using phones while driving, while House Bill 892 proposes extra fines for drivers using electronic devices, grooming devices, eating and drinking, reading and other dangerous distracted driving behavior. Additional fines incurred by offenders would go to the Driver Distraction Awareness Fund and pay for an educational program to encourage drivers to eliminate distractions. 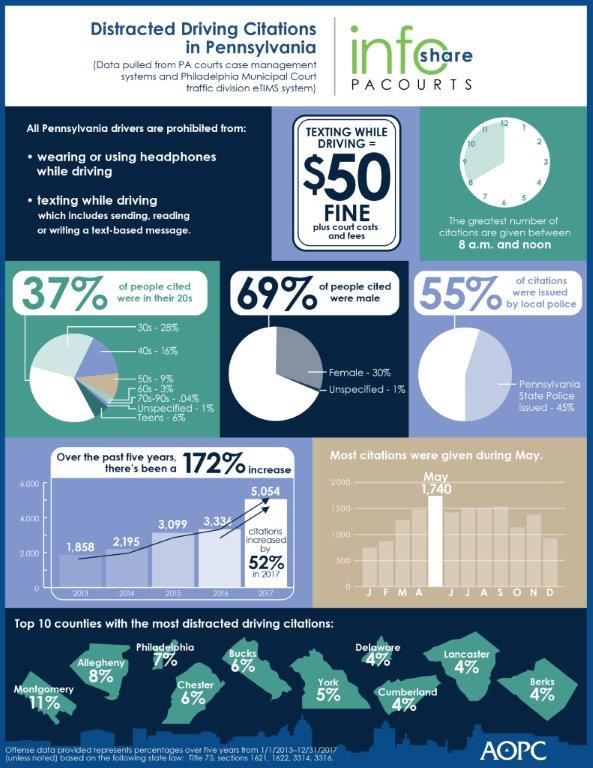