Pedestrian and bicyclist accident-related deaths are at an all-time high according to The National Highway Safety Transportation Administration (NHTSA). In its annual report, released this week, 6,283 pedestrians were killed in crashes across the country last year, an increase of 3.4%, and 857 bicyclists were killed, a 6.3% increase. The NHTSA reported that these are the highest numbers in nearly 30 years.

While traffic deaths have fallen by 8% in the last decade, deaths of pedestrians across the country have spiked by 42% in the same decade.

Auto safety experts say the growing number of drivers distracted by mobile devices is at least partly to blame for the increases in pedestrian and bicyclist deaths nationally.

The NHTSA’s research revealed the following:

“We are alarmed by the notable increase in pedestrian and bicyclist fatalities,” said Jonathan Adkins, Executive Director of the nonprofit Governors Highway Safety Association, according to a news release. “There is no one solution to the rise in pedestrian deaths. Rather, a combination of engineering, enforcement, and educational approaches are needed.”

Pedestrians and bicyclists alike should take steps to protect themselves when traveling on Pennsylvania roadways: always wear reflective material and/or have a light source connected to yourself or your bicycle; cross roadways at intersections or within clearly designated crosswalks whenever possible; avoid traveling after dark whenever possible and always be aware of your surroundings and vehicles on the roadway. 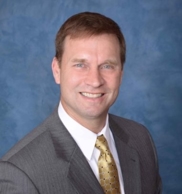 Attorney Clark Devere is an attorney and managing shareholder at Metzger Wickersham. He is a skilled representative who has been selected to the Million Dollar Advocates Forum® and has displayed exceptional skill throughout his legal career. During his free, he enjoys competing in obstacle courses throughout the United States, especially with his son!